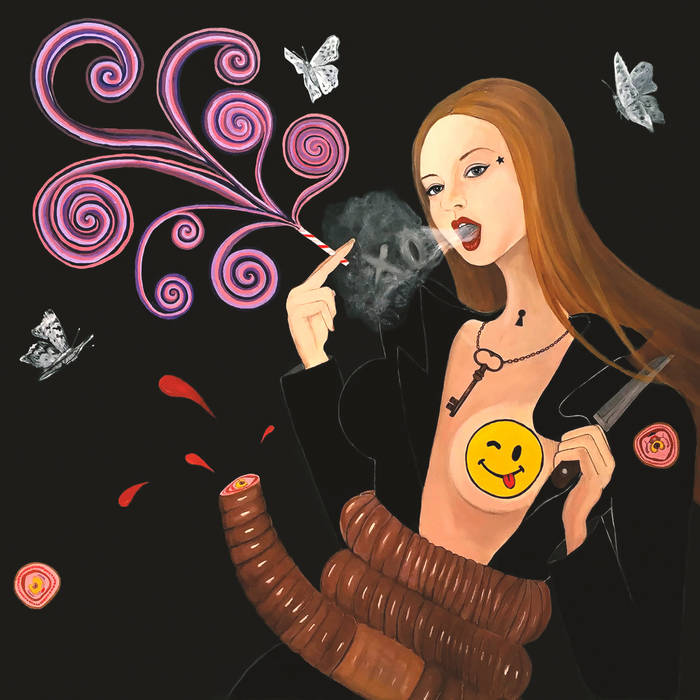 4 tracks remastered and re-released from album Janes' World, as well as two newer tracks Land Mine and Simple Social Tragedy.

Land Mine - Song about trying to untangle myself from a toxic relationship by jumping into a convoluted new situation and how it was emotionally comparative to dancing through a field of land mines, and made as much sense.

Run Jane Run - Main story track from album Janes' World, referencing the writing style of the 'Dick and Jane' teaching series. Essentially about how kids mimic our behaviors; following what we do, not what we say- highlighting the necessity of how we should face and heal from our traumas so it doesn't trickle down to the next generation.

Penny for your Thoughts - Remaster from Janes' World - based on a woman named Penny that I worked with years ago.

Simple Social Tragedy - Based on an obnoxiously rude guy that approached me in a bar.

Black Eyed Susan - Remaster from Janes' World - loosely based on a women I knew named Susan. 'Black eyed' isn't a reference to physical abuse in her case (that I knew of) - more a reference to how mascara smudges when you cry. Lyrically it's been written to cover both types of domestic abuse. I also wrote it to have the ending I wanted for her and anyone in a similar relationship.

You & Me - Written like a love song to a significant other, but more-so intended as a ' take your dog for a run on the beach' type of song.

Bandcamp Daily  your guide to the world of Bandcamp